Looking for advice? TODAYBUZZ ADVICE, give you the best advice in the internet,get a constantly updating feed of breaking news, fun stories, entertainment and tips just for you

What to do to master anything (the technique of Feynman) 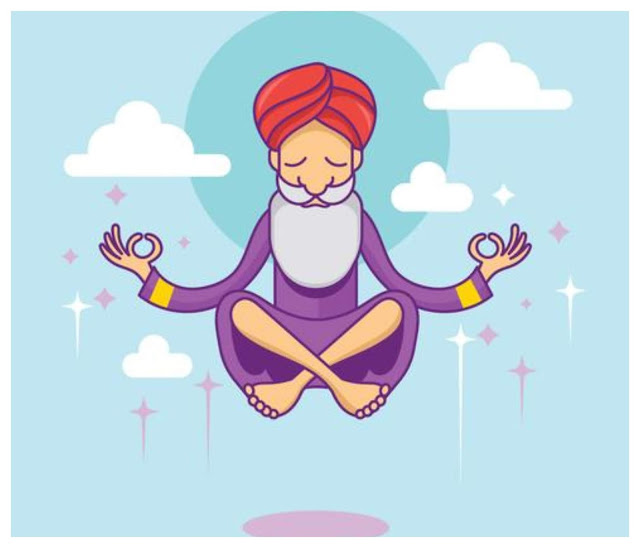 You want to be more intelligent but are not sure how to do it, you want better grades, or perhaps just want to sound clever when hanging out with your friends, but you find like a lot of other people that sometimes things go in one ear and come right out of the other, you learn stuff and then forget it, and when asked about various subjects it always seems you can’t articulate your thoughts when asked to do so, you are not alone and today we are going to offer you some help.

The man who will help us to become more intelligent is now deceased, but in his lifetime this American physicist named Richard Feynman was quite well known for being able to explain very difficult matters of science to laymen like us, he kind of popularized science in his day, much like the British physicist Brian Cox is busy doing today, we should all try and understand the world around us, but at times we pick up a book and are just completely overwhelmed by what we read, we won’t do a full biography of this dearly departed scientist, but will tell you that in 1965 he won the Nobel Prize, he was one of the guys that worked on the atomic bomb; he spearheaded the science of nanotechnology and was a pioneer of quantum computing, he has been called a certified genius and one of the greatest physicists that ever lived, he wanted regular people to know a lot more about science and he came up with ideas as to how they might learn more and be able to articulate what they know to others, his method for learning stuff became known as the Feynman Technique, and while he was a scientist his technique could work for any subject matter, Let’s say you want to wax about Greek philosophy in the bar over a beer, or you would like to impress someone with your knowledge of the French Revolution, or perhaps just pass a test in school, this technique can help with all of that.

First of all, let’s look at something an American philosopher named Mortimer Adler once said, his wise words were, “The person who says he knows what he thinks but cannot express it usually does not know what he thinks.” So, you think you know quite a lot about something, say Blockchain technology or how a television works. then we say to you, ok big brain, explain what you know, you try and do this but can’t seem to get it across and so just say something like, “Well, I know, but I just can’t explain it.” We’ve all been in this situation, according to Feynman, this means you actually don’t fully understand what you profess to understand if you really understood it you could explain it in the simplest terms to someone else and pass on the knowledge.

You see, Feynman believed that sometimes we can explain things with a bunch of words but we don’t really know what we are talking about, he said there is a big difference between knowing the name of something and really actually knowing something inside and out.

We might now look at something the great Oscar Wilde said, a man who is quoted perhaps more than anyone, he said, “I am so clever that sometimes i don't understand a single word of what i am saying.”We can sometimes think we know something and are able to regurgitate a book we read, but we might not know what we are talking about intimately, for Feynman we had to get past fuzzy knowledge and know something thoroughly, Albert Einstein would have agreed, because he once said this, “If you can’t explain it simply, you don’t understand it well enough.” Ok, so how does it actually work?

First of all you have to have a topic, something you want to know more about, let’s take a subject we have talked about in quite a few of our shows, and that’s how babies are made, what happens before we are born, what happens to our bodies during the act that makes babies and what happens during pregnancy, if you’ve seen those shows you’ll know it’s all quite complex, but you certainly don’t have to be especially clever to be able to explain this to someone else, Nonetheless, sometimes when you research a topic the words seem difficult, if you want to really understand something, you must be able to read those words and then simplify, Feynman once famously said, “You may know the name of a bird in all the languages of the world, but in the end, you will know absolutely nothing about whatever the bird is, So, let's look at the bird and see what it does - that's what counts, i learned early enough the difference between knowing the name of something and knowing something,” According to Feynman, we must start with a topic and then write down everything we already know about this topic on a piece of paper, you could, of course, use a computer, but let’s first do this paper and then write it up after on a device, this will also help, the second step is to take out all the jargon you just wrote down, you now tell yourself that you are going to explain all this to a 12-year old, not your friend who is in his twenties, this means adding a lot of explanations, in your case, you are describing what happens in a woman’s body and so you must explain all the body parts, you can’t just say “uterus” without explaining what it is and what its functionis, this is a kid you are talking to, and you must take it that he doesn’t know much, According to Feynman, we often just use words we don’t fully understand, and by pretending we are explaining something to a child will really let us understand if we actually know what we are talking about, you will find when you do it this way there will be gaps in what you know., You’ll know some stuff well, but there will be parts of the subject you didn’t know that well, whether it is a woman’s reproductive organs or Blockchain technology, so step two is to look at where those gaps are, where you couldn’t properly relay the correct information to your 12-year old student.

This is when you have to go back to the source material and learn again what you might have read before do some reading and then go back to your gap and fill it in using that simple language your student can understand.

This will maintain a thorough understanding of the topic and prevent what some people call the “illusion of knowledge.” Now when you have filled all those gaps make sure of one thing, and that is all the language is yours, you haven’t just borrowed it from a book, because 12-year old children wouldn’t read the books you were reading, Read aloud what you have written down and if you think this student wouldn’t get it then simplify it again, do this until you are 100 percent sure your student will get what you are saying, you have now taken something fairly difficult and made it very learnable, well done, you are becoming an excellent teacher, now comes the best part, you actually have to teach a young student what you have learned, you don’t have to always do this of course, but if you want to really know you have understood your subject matter then go out and teach someone, it’s one thing having something in your head and written down, but it’s another being able to convey that information so someone understands, if you are studying for an exam, say on american Independence, then find someone younger than you and explain to them what happened, if they get it you have succeeded.

A 12-year old kid might not always remember how a television works after you have explained it to him, but if that kid understands what you are saying because you have laid it out so simply, you have done well, there is a big difference from explaining things using jargon to explaining things in the most basic language, Feynman believed if we can’t break something down we haven’t actually properly learned it, you might think that some matters of science can’t be broken down like this, but just look at how that man we mentioned, Brian Cox, does it, he is brilliant at taking very difficult subjects and making them interesting to us laymen, he has said numerous times that Feynman is one of his heroes, like Feynman, Cox doesn’t want to sound clever, this is sometimes a problem in academia and it can alienate people from wanting to learn something, the truth is that clever people can make difficult things sound easy, Feynman was once asked to write a lecture on why “one-half spin particles obey Fermi-Dirac,” Hmm, you are thinking, there is just no way he could make that sound easy, when he went back to the guy who had asked him to write that lecture Feynman said i can’t do it, he then also said, i mustn’t understand it if i can’t do it, So, if you can’t explain your subject to a 12-year old maybe you just have to do more, in matters of science, though, it might actually mean scientists don’t yet fully understand something, maybe you are still in school or university or maybe you just want to know something better, now is the time to take out a piece of paper and write down what it is you want to know, you can now start the process we have talked about today, we can assure you that this works and by using the Feynman Technique you can pretty much learn anything you want, of course some books might already be difficult for you, but then you have to find a teacher that has already used the technique and broken the subject matter down, you see this a lot with philosophy, you have people like Kant, Hegel, and Nietzsche that are very difficult to understand, but then you also have people that have written companions to their works to help you understand.

We actually found people online who used this technique to get through medical school, and we found lots and lots of people who had used the technique to get through high school, we found teachers and lecturers on forums saying how “incredibly effective” the method was, and you can find people saying things such as this: “All too often, we hear a lecture and can quote back parts of it verbatim, that does not mean we understand the concepts, just we have remembered the words, the better test is to try to explain the concepts in your own words to someone who isn’t in your field, or as some have indicated, the proverbial 5-year-old, to do this we have to simplify the language and very often, use some sort of meaningful metaphor, if we struggle in doing this, then there is likely a hole in our thinking that needs to be repaired before moving on.
Have you ever used the Feynman Technique?